by Tomas
Thanks for the reports here! One thing though - please check it the thing you're reporting has already been reported, and if so, don't report it again. It will save us a lot of time. Thank you!

by rennarda
P. 81
Stat block for M577 APC reads: should be a single bullet point

by Amraphel
Apostrophes … sometimes aren’t. This occurs quite often. For example:

P. 11 INVASIVE SPECIES
– “…you can’t just scrape ‘em off your shoe”—should be “…scrape ’em” with an apostrophe before “em” rather than an opening single quote. It's hard to see in the forum font, but more obvious in the PDF:


In the same section, some words use what look like prime symbols “'” and others use apostrophes “’” to mark contractions. Again, this is more obvious in the PDF than in the forum font. See the difference between "there's" and "all’s" in this screenshot:


P. 13 LIFE AFTER THE CORPS
Similarly, various characters are being used as apostrophes here too. Compare "you’ll”, “won't”, “they’ve“, and “isn't” in this screenshot: 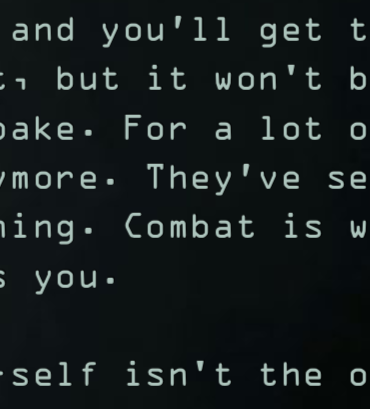 Is it a big deal? Certainly not! Is it worth someone spending a few minutes to impose consistency? That's up to you, Tomas!

by Wolfclaw
Not sure if this is a typo but it sure caught my eyes attention to think on it...on page 56. HOSPITAL CORPSMAN - under talents I believe that Field Surgeon talent should be one of the picks for this MOS specifically since field surgery is a part of the description.


It has several other disadvantages, including being
cumbersome and having to recharge for two
Rounds after each shot, effectively meaning it can
only be fired every other Round.

I might be reading this wrong, but if the weapon needs to recharge for two rounds, it can not fire every other round. It can fire on round 1, round 2 and 3 it recharges, it can fire again on round 4.

In my copy it is written correctly as Military. Maybe zoom in a bit, I have noticed that sometimes it looks like a i is a I, but on closer inspection it is an i.

by Volcane
I've spotted another couple of instances where the date is in brackets next to entry header in Chapter 2:
P.25 P.33 I'm guessing these were prompts for the date boxes that accompany the text.

I imagine the Borderline Region is not deeply satisfied but probably hotly contested.

by Lurker01
I think this may have already been mentioned but shouldn't the Hospital Corpsman have Field Surgeon instead of the Overkill Talent? He's saving lives as a first priority. Or if he has to keep the marine talent then surely it should replace Bodyguard.
All times are UTC+02:00
Page 4 of 5
Powered by phpBB® Forum Software © phpBB Limited
https://www.phpbb.com/