I managed to snag a decent chunk of the Prodos stuff during their last clearance wave. I also have Zombicide Invaders with lots of KS exclusives that should work great for civilians and non-marine types. And I have Nemesis. (My favorite kickstarter ever) I plan to look it all over and figure out what works best. The minis in Nemesis are huge and I'm tempted to use them for the "oh sh*t" factor when an alien comes out on the table but we'll see.
Top 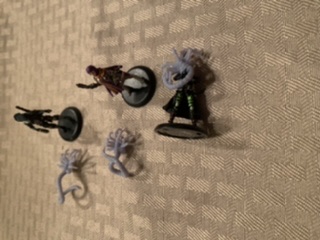 Ok, thanks again Hadesblade. They look pretty good size-wise, maybe a tad too robust, but that's probably down to casting/printing requirements?
Top

Infinity has some good minis, especially the Ariadna faction.
Top

Managed to paint some figs for our game, here's some pics: 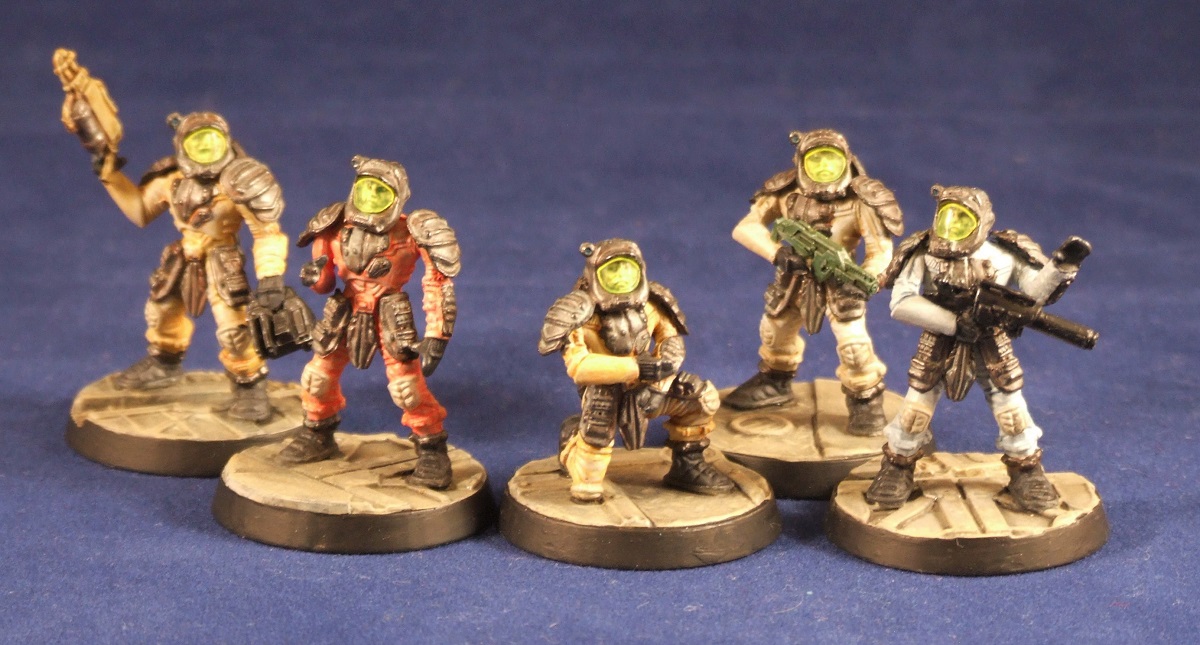 These suited up minis were really the only option I had on short notice, they're Starship Troopers, but I painted them a little like Alien universe suits. Of course, the helmets are all wrong etc. but I think they at least give a similar impression. Not like there's much choice in space suited minis... I have my eye on some 3D printer files with suits that are identical to the Alien ones, but there's the printing thing I haven't got around to.

Next is the 'Inspectors' minis from Heresy. These are kinda versatile, here I tried to paint them as generic spacetruckers/crew types. They have holstered sidearms, but that's it weapon wise. If you paint them identically they could be law enforcement, space port officials or whatever. 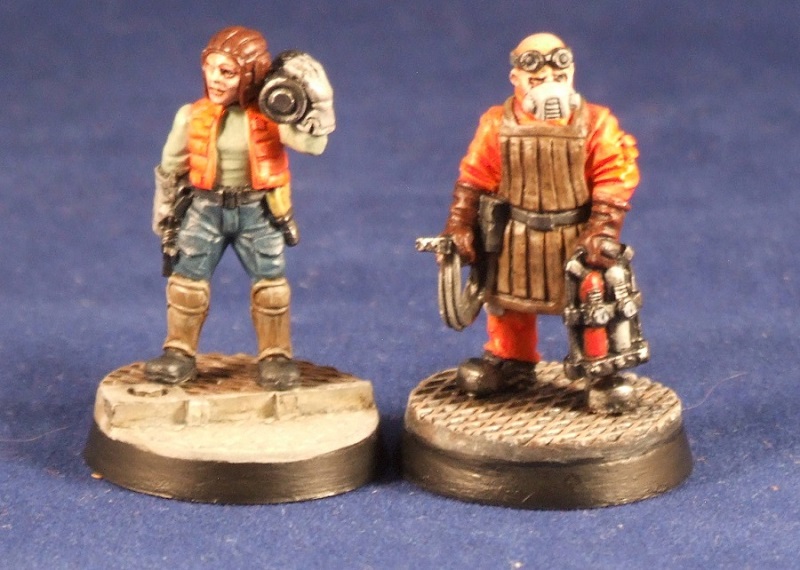 These two mechanics are from Colony 87, I think they work fairly well as Alien figures. 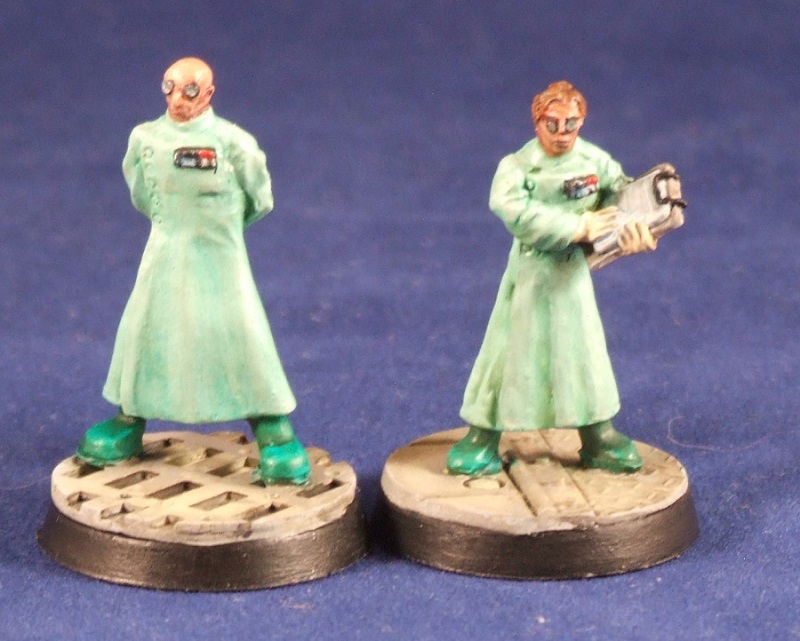 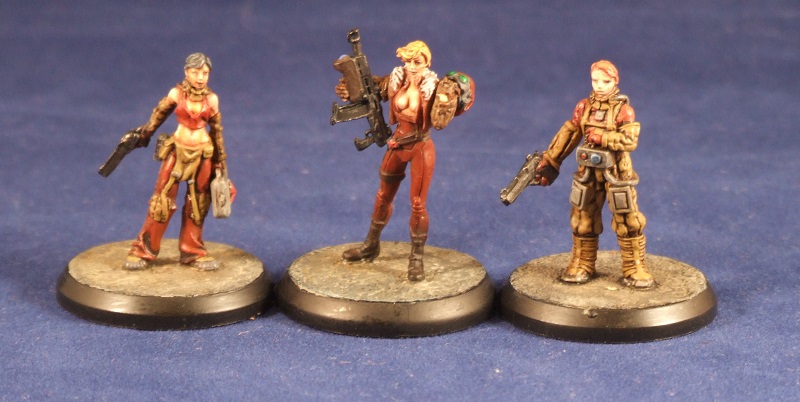 These are prepainted minis from Rackham's AT-43 game, now OOP. They're Red Block communist faction. I only touched them up a little, skin, hair and eyes mainly. If you can find these someplace, there's some fairly usable minis, as W-Y special forces etc. 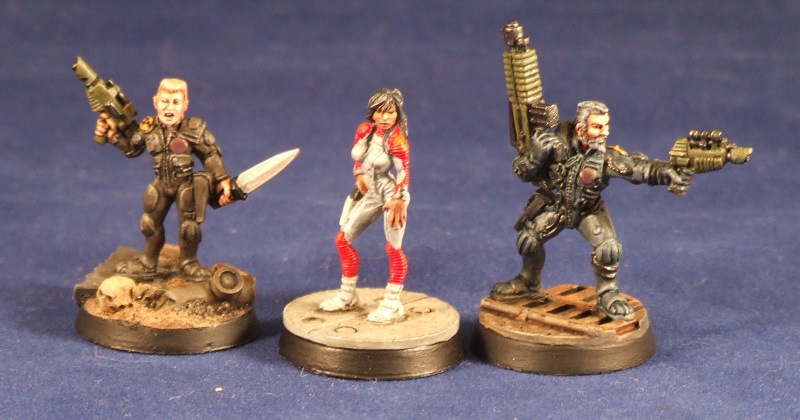 These are old Necromunda Van Saar minis, and a single Infinity one in the middle. Some of the Necromunda minis could be useful, old and new. 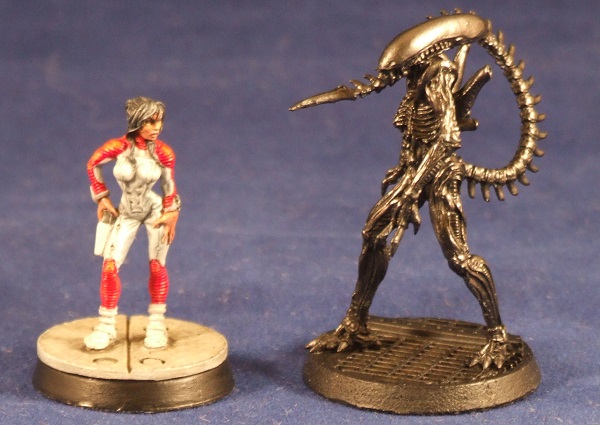 I will have to start of the Xenos soon, this is just primed black and painted with dark iron metallic color. Needs highlights, wash and glossy varnish I think?
Top

Those all look really good. I will have to relearn painting as I have gotten spoiled buying the prepainted figures for Pathfinder and D&D.
Top

Got these painted eggs in from Etsy for 17 bucks. I added a few face huggers and a mini for scale. 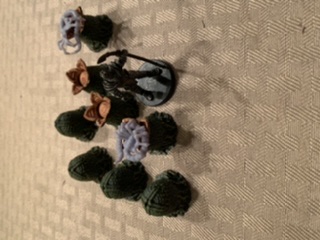 Got these sentry guns, Vasquez and Xenomorphs in today from Etsy. 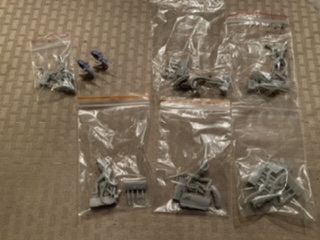 soon they will all be ready to die:) 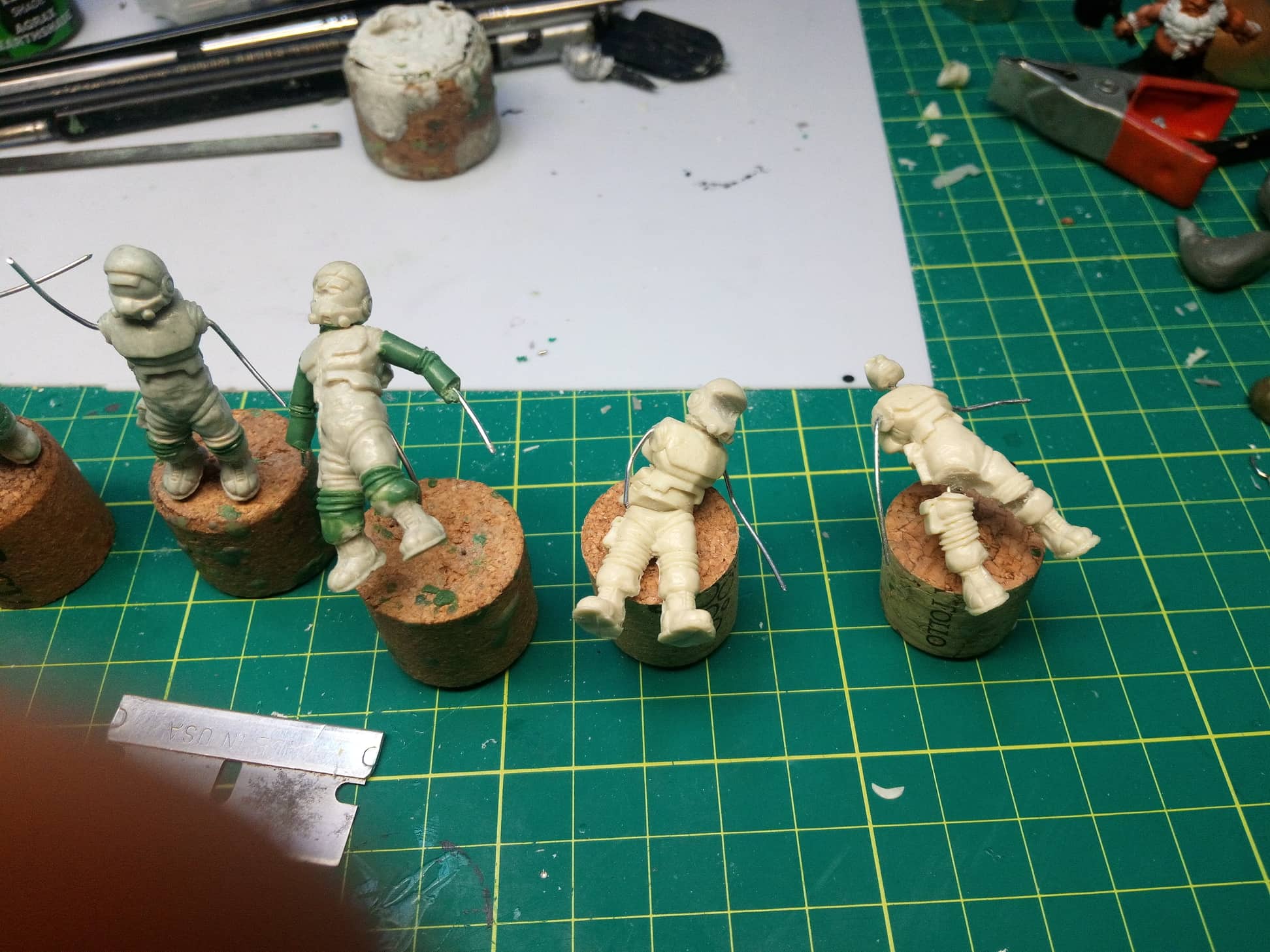 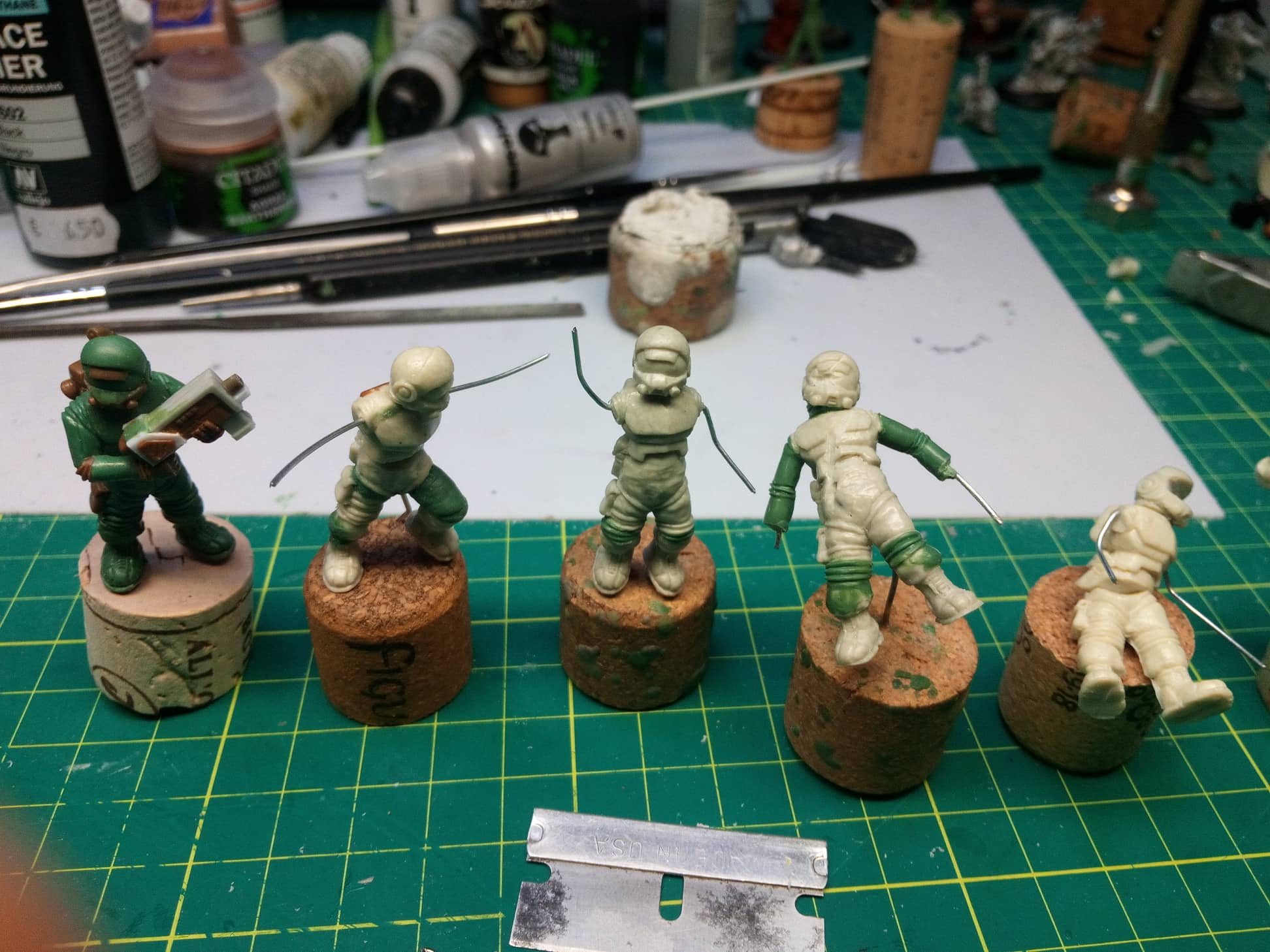 A couple of WIP for the DEAD Salvage marines 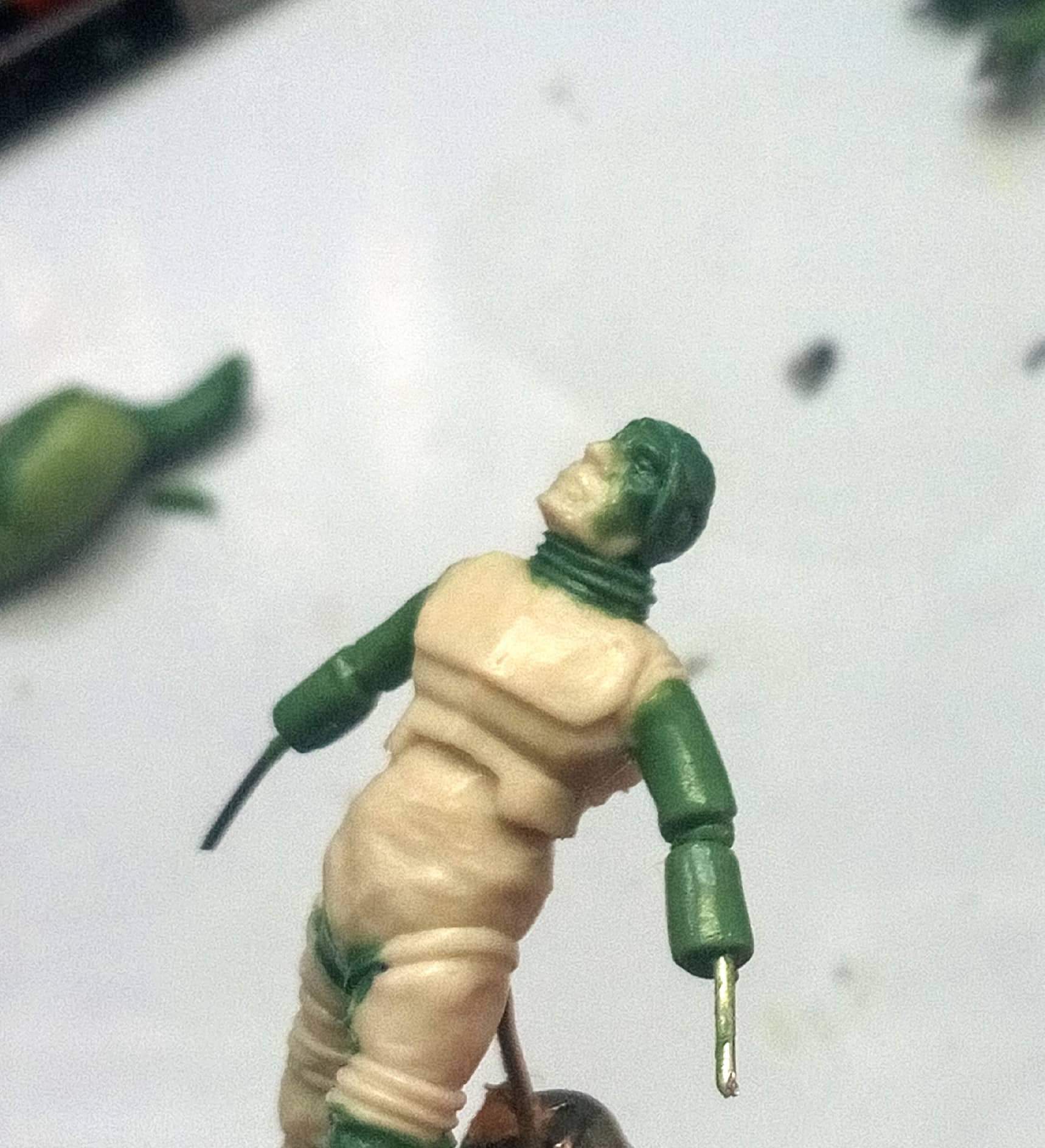