Everything I always wanted to know about...Batteries

Everything I always wanted to know about...Batteries

Some of you may have watched the HBO miniseries "Generation Kill". It's based on Evan Wright's 2004 book about his experience as an embedded reporter with the US Marine Corps' 1st Reconnaissance Battalion during the 2003 invasion of Iraq.
There are a number of scenes in the series which showed that batteries were in short supply and extremely sought after as they were needed for everything from radios to night-vision goggles. I thought it made an interesting point how quickly some advanced equipment was basically rendered useless by the lack of a simple battery-pack.

Anyways, I have a few questions regarding batteries in military equipment that some of you may be able to answer:
Top

Anyways, I have a few questions regarding batteries in military equipment that some of you may be able to answer:


Yes. Some night vision units, some flashlights. More typical (nowadays, really couldn't say about the late 90s would be CR123s)


Most of them, yes. For stuff like radios, certainly.


In most cases pretty trivial for someone with some basic knowledge of electrical engineering. However, doing so might also eliminate the water/weatherproofing or otherwise make the whole thing more fragile, unless you were able to engineer some additional more sophisticated housing.


A passive night vision scope will run for days if not weeks off of one or two batteries. An active one would be considerably less. A radio would work for anywhere from a day or two to a week or so, depending on how much transmitting you were doing.

Grain of salt: this is all based on fairly modern equipment. Battery tech has definitely improved a lot since the 90s, even for something like AAs. So endurance in the timeframe of the game could be significantly lower.
Top

1) Less specialized equipment takes "civilian" batteries. Say flashlights/headlamps, but most equipment would have their specific batteries (again with some exceptions, the PVS-14 night vision monocular runs on a single AA battery for example). Think about how far standardisation has come in for example cell phone charging, most any phone that isn't made by apple can use any other charger (generally) without ill effects. This was by far not the case during the turn of the millenia.
2) Yes unless they are civilian/consumer (AA/AAA/D etc) type the batteries are rechargeable. Different kinds of radios would be the best example, most do not have interchangeable batteries and have their own specific charging docks for empty batteries.
3) Depends on the specific equipment, but I saw people doing all kinds of wonders with the power outlets on cars during service. So yes generally I'd think anyone with some knowledge about electronics could jury-rig outlets to provide the proper voltage/amperage. There are also amplifiers (not sure if it's the right term) for radios designed to be hooked up to the vehicles power supply, so they can broadcast farther.
4) The radios I used could go from half a day to several days. Previously mentioned PVS-14 NVG is rated to run about 50h on that one AA battery. Mind that broadcasting on a radio drains way more power than passively listening. For NVGs same thing applies, if you don't use the active IR light built into it, it runs for longer.

Take everything listed with a grain of salt because I served way after 2000, so the specific equipment used would be different. (The PVS-14 was introduced into service in 2000) Also I only have a basic understanding of electronics.
Top


Most of them, yes. For stuff like radios, certainly.


Well, I'm quite out of date, but I trained as a Company Signaller when I was in the CMF (Citizen Military Forces - now the Army Reserve) in 1974-5 and the radios we were most likely to use were AN/PRC-25's (the Regulars had more up to date AN/PRC-26's) which were what had been (recently) used by Australian forces in Vietnam (and, I believe, were US in origin).

They used disposable batteries. From memory (long time ago) they were good for either 12 or 24 hours and, to prevent confusion, when we changed them over we were told to basically hit the old ones against a rock or something hard to break them in two.

Dunno what was the case by 1999-2000 - as paranoid as the Army was about almost exhausted batteries getting back into use, I'd say there was a good chance they wouldn't have liked rechargeables for that very reason ... at least in the Company level sets.

I'm sure someone will correct me if I'm wrong.

For simplicity and reasonable realism: assume radios can run on vehicle power / generator and that the batteries can be charged.

Any rechargable battery would be worn out by the time the game starts, but that could be factored into reliability. Or a much lower running time, especially in lower temperatures.

Look at "power sources" for the PRC-77 https://en.wikipedia.org/wiki/AN/PRC-77 ... ransceiver some rechargable options, some one-time-use
Top

The assumption is that by July 2000 the remaining NATO forces will be using anything that still works - civilian or military - including the other side's equipment. A lot of stuff will be jury-rigged in the field so you could have a radio that had its one-use battery replaced by a battery box removed from a child's toy.

Non-mobile items will be attached to car batteries or anything else that can provide enough power while being easily recharged.
Top

I never saw a rechargeable battery for any piece of equipment in the early 1990s. But I take it as given that they are available in the game, out of necessity. This would include improvised solutions.

You would need some kind of generator, and you would need a charging device ... so PCs may need to get those things somehow to make their fancy electronic toys usable.
Top

I never saw a rechargeable battery for any piece of equipment in the early 1990s.


Not to worry; there were loads around. Field radios. ATGM launchers. Night sights. You name it, pretty much — if it was mobile, it had a rechargeable battery.
[i]Before[/i] clicking that response button — [i]are you sure you actually [b]read[/b] it?[/i] 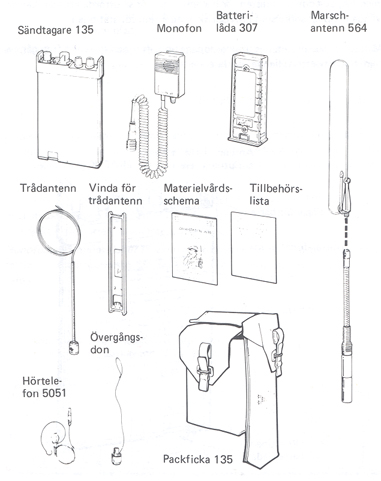 If something with specialized, non-available, batteries is worth running, I can imagine someone jerry-rigging other batteries and a cord to a battery pack in your pocket or something like that.
Last edited by pansarskott on Wed 02 Dec 2020, 19:15, edited 1 time in total.
Top

And NiCd cells by definition are of course rechargeable.
[i]Before[/i] clicking that response button — [i]are you sure you actually [b]read[/b] it?[/i]

Users browsing this forum: No registered users and 7 guests
×