Hello there!
I'm currently gming "The Night Sow", we already had 6 hours of game, and the first step of both countdowns is done.
My thoughts on the scenario: you'll need to create some fishermen as NPCs. Also, it would be nice to have their wives or mothers or grandmothers telling tales about the various legends of the local lore. For example, since there is a tavern in the script (Nils Corfitzon's tavern), it's nice if the villagers there can give the impression of a superstitious town.
Also, it's tricky to handle the players and prevent them to rush into the frozen night... so be careful when describing the area, the sharp rocks, the snow covering everything. It creates a sense of danger. One of my players exclaimed: "I don't know about you but I sure am not going!"

It's a really nice scenario, you only have to be careful with the monster. It really can kill players if you don't pay attention.

(I'm playing campaign mode, so I don't want them to die... XD)
Has anyone else tried it yet?
Top

If someone wants a scary Gloson for this game, here is my take at it: 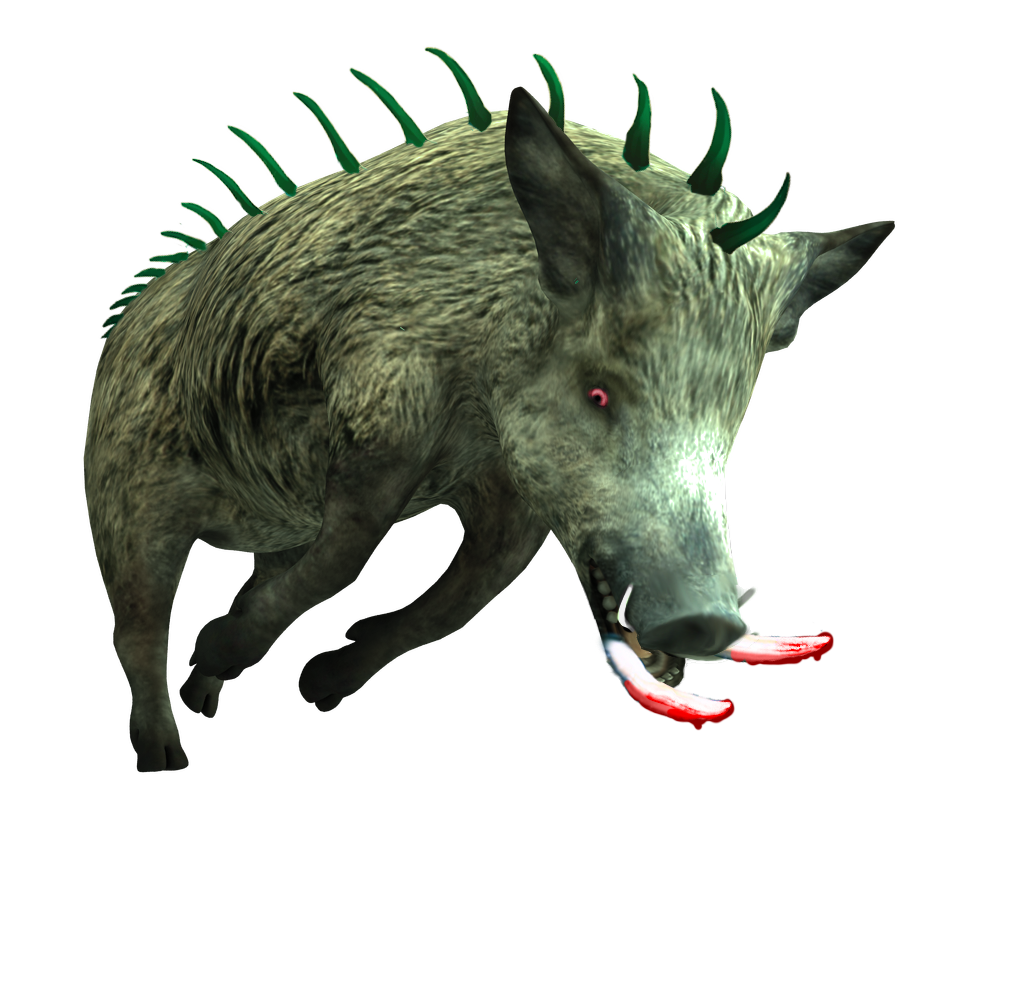 Okay, I've run the encounter between the Light Keeper and the players. They easily killed the Kullaman, but they almost got a player killed by the Gloson, because he chose to get outside alone at night. He was very lucky with his dice, though.
So, here's what I think of this scenario: great inspiration, really good Vaesen concept, the players where hooked by the plot, and liked the setting a lot. It took them about 10 hours to finish it. We tested the combat rules for the first time, and it went quite smooth.
Only thing you have to work hard on is: making the village alive. The scenario says there are villagers, but only a few are named, and it feels really empty if you don't add some NPCs. Also, you have to respect what the scenario says about being careful with the Night Sow, or it could kill your players quickly. If you run a one shot, go for it, but if you're like me, playing campaign mode, just be careful.

A couple dead players and the rest fleeing back to Upsala sounds like a great campaign beat though! Thanks for the advice. I had started looking at this one.
Catch me on Three Skulls Tavern: YouTube or Twitch, an instructional AP dedicated to Year Zero games. Currently playing in a Raven’s Purge campaign and GM’ing a campaign of Vaesen.
Top

Im reading the scenario as i plan to run it for my group.

But i have problems with a logic mistake (at least i think it is one). Perhaps anyone can help me out.

The sisters of satan where attacked by the glossom and fled to the hotel. They wrote a letter for help to Linnea that they are struck in it.
But then, their leader goes to the stage post to meet the PCßs and is killed by the glossom.
The next one walks to the priest and is killed.
Okay, the next two are lured out by magic before they are killed, that sounds reasonalbe.
But why should the 4 ladies stay in the hotel for days and wait for the arrival of the PC´s when 2 of them walk alone in the night to be killed.

Do you see the problem? How have you solved it?
Top

If your problem is: “why don’t they simply run far away from there?” my answer was: “it’s far from everything and they can’t get far enough within a day. They know it’s dangerous at night, so they’re stuck”.
If you wonder why Olga gets out at night, I played it like that: she didn’t get out at night at all, she went out at the end of the day, expecting the player-characters. Only they were delayed (I even made up a broken wheel towards the end of the travel to justify that, meaning they had to stop and repair), and she stays out in hope they’ll still come... but they’re a tad too late, night falls. The Gloson’s out. Oopsie.

As for Josefin, who runs out to the church in the middle of the night despite common sense, I played her already very nervous and rambling about God punishing them when the players first encountered her, making it believable she could have had a nervous breakdown and a sudden “fit” of faith. Hence her urge to go and see the Priest ASAP.
I don’t know if it helps but that’s how I played it.

The point is that my players are looking very sharp at the NPC´s and their motivation.
They are somewhat expert in judging how conistent and logically the actions of them are.
In the dance of dreams, the action was very compact and the behaviour of every NPC was quite straight, but in the end all makes sense.
After that, i have played with my group the silver of the sea.
And here, i saw a lot of problems in that point afterwarts, and my players found them, too.
The priest behaved completly brainless and pour fanatical, so that his entire figure seems unreal.
And as he is such an important NPC as questgiver, he somekind of ruined a lot of possiblieites for the group, such as investigate the island and the family undetected.

And here, i see that problem too in the behaviour of the witches. They write a letter to the NPC that their life is threatend and they are stuck in the hotel, and then two of them ran around and let themself get killed when the group arrives (which is minimum 3 days after they sent the letter). Mmmmh.
Why dont they get a coach and after that a train and travel to uppsala instead. The players make the journey in one day, too, as it is described in the journey text.
Or they rent a boat and set over to denmark.It There is a habour in the village.
At this point, the adventure feels inconsistent and not well designed.

I have decided to let all the sister be lured out from the sow by magic. The group will find the first victim near the hotel, not near the coachpost. After that, the three others are terrified and so on.

Can you give me inside in which villagers you have developed for Mölle?
I see your point, there have to be some more people in the village.
I decided to let round about 150 people live there, it is very small. Today, there life ca. 700, so 100 to 200 seems to fit to me.

No problem, it’s nice to share experience. I also made the travel a lot longer than one single day, to make it believable the Sisters couldn’t run away by road, and the fishermen were really hostile to them and wouldn’t rent them boats. But your solution is good too.
The villagers I developed most were: the owner of the local tavern and his son (there’s always a lot to be learned in a tavern!), one family that helped at the hotel (as suggested, I believe, in the list of NPCs for the scenario?), I made them a family of two parents and their 4 young adult children, the mother and daughter working as cook and waitress at the hotel’s restaurant, one of the sons as a handyman.
I also created a family hostile to the hotel and friends with the Svenson mother.
I had to make a general store that could sell fishing equipment and also winter equipment for removing the snow, like shovels and salt. The owner, as a seller of goods, was willing to talk with the players.
Finally, since I have a Vagabond in my group and he’s very good at befriending suspicious people of the lower social classes, I made a local family of fishermen with an old grandma who told tales of the area at night by the fireplace. I made up a couple other legends before she began to talk about the Kullaman who protected them from Evil.
Top

I agree that "trapped in the Hotel" is quite weak. I have changed the invitation letter somewhat. Olga says she's on to something supernatural, and wants Lilli to come down and help her. They might have seen a pair of glowing eyes in the dark, but they don't feel as trapped as in the default story.

The rest unfolds as normal. Olga goes to wait for the PCs, but due to the delays it gets dark and she is slain.
Top
Post Reply